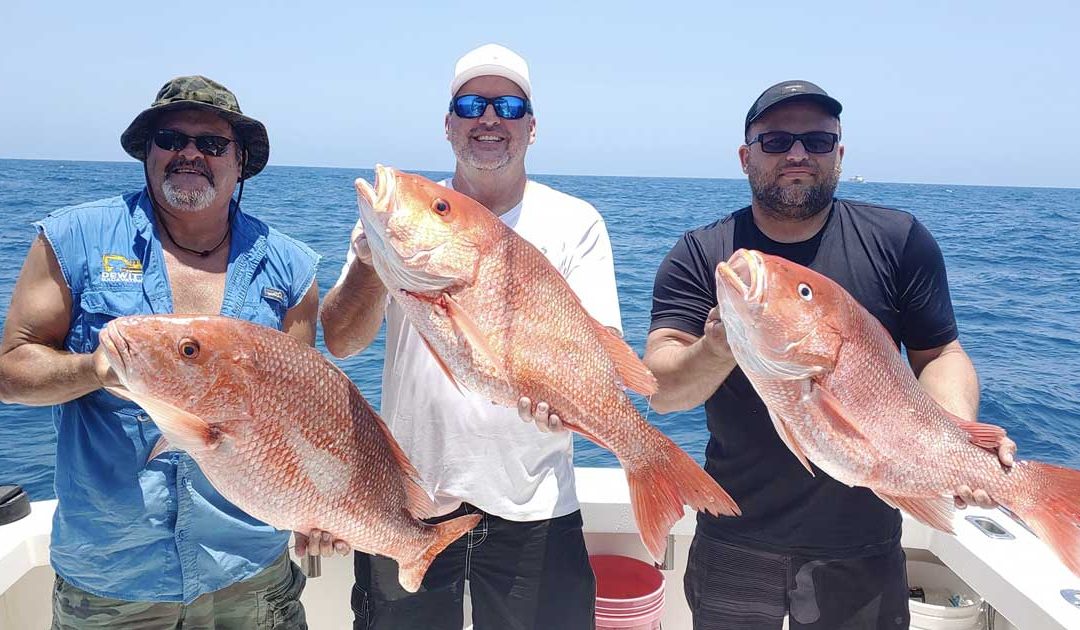 Amazing week of fishing we just had. That taste of a joke of snapper season the morons allowed us to harvest was just that. As usual, limits in the first half hour and we had a few that were 21lbs. Fishing all week was fired up. Sails were very common, blackfins, cobia. AJ’s, obviously red snapper and the kingfish were fired up with many fish over 35/40lbs. This is the time to go offshore!

There is a lot of fun to be had. The reefs are a great place to start. The lumps held a pile of fish too. Live bunker or dead sardines were go-to’s but it seemed everything worked just fine.

FWC was out there taking red snapper data again. I can’t help but ask, WTF are they getting data on? In the last 10 years that data did absolutely nothing. Nine out of ten snapper caught were loaded with eggs again. This clearly shows no one is really listening nor do they care! How much money are they wasting on acquiring data? It’s a joke! They should come out and get sandbar shark data. They will see how many red snapper are eaten by their mismanaged sandbar numbers. I guess that’s what happens when 15 different entities get involved. Just my 2 cents for what it’s worth.

Have an awesome week!!!