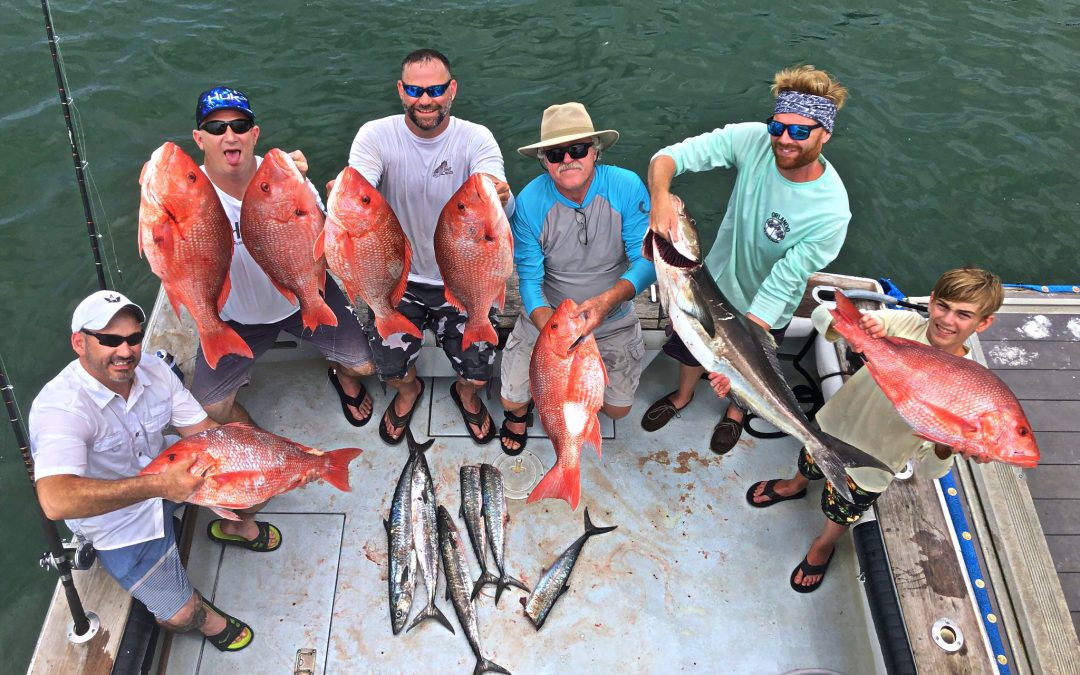 Another week of some decent fishing says Captain Arron Vollmer.  Hard to give a great report when we did not fish too much due to the winds. We had a few trips and the fishing was decent. Beach has been on fire with some stellar shark fishing. Red drum are starting to show up as well. Those monster breeders. Normally they show up from now till January. Oh…Tarpon… Huge schools lately tearing up the bunker in the bight. Basically follow the bait and you’ll find some fish. You can still find frozen minnows here at your local shop.

Week 2 of highlighting another awesome captain of Fired Up. I drew on Captain Arron Vollmer. Young Arron . is the younger brother of the famous Capt. Tyler. To have both these guys part of Fired Up is amazing. Capt. Arron Has been with us roughly 5 years. Unfortunately he is not full time due to the fact that he is a Tugboat operator right here in Canaveral. He normally does a week on and a week off and in between a much needed day off. He’s part of the tug crews that bring in the freighters and the many cruise ships. Arron is a great kid and great fisherman. He has come a long way in the last several years and we hope he will be full time with us soooooon. Thank you Captain Arron Vollmer for all your hard work and dedication. Due to him being very camera shy, I don’t have many solo pics of him with his prized catches. (we are working on that) lol Check out our Captains here.