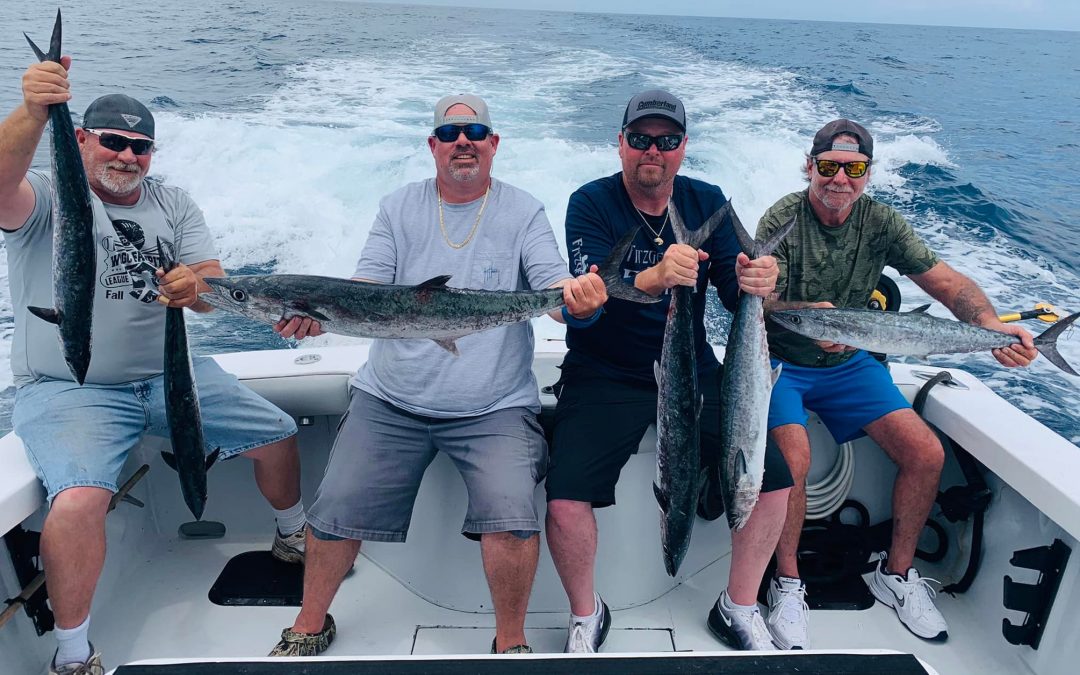 Well, besides the first 3 days of heavy winds when they said no winds, Then it was great. Had a lot of nice fish the last few days for sure. Weeds have become sort of an issue lately but hopefully they leave with this storm. But, No complaints fishing Canaveral. Here’s the weekly breakdown of what’s been going on.

-Bait. Bunker have been pretty stable at the pier. You may have to look around but you should find it. Bait Usually gets easier in summer months. Frozen cigar minnows are a hearty bait to troll. Always grab a box.

-Reef fishing. It’s been hot. Joe had kings, cobia and mahi. Good job Joey Lee! Take those bunkers and go to 8A or Pelican and slow troll them. Kings are firing and there’s a mix of other random species around to bend the rods including cobia. Pelican had fish on it all week as well. But with fuel prices, Ocho alpha works just fine.

-The Deep. Grouper and AJs are there! No secret spots just go zig zag on 27. I it looks fishy…drop.  Definitely bring some large baits like croakers and pins. And a lot of them, The red snapper have been relentless. Zach had several nice fish.

-MAUI Maui. Nothing much to it. If you want to waste a day and 500 in fuel go find some rips and weed lines. It’s been very slow for this elusive fish. Truth be told, Just go to the reef and pull the bunker.

-Sharking. Capt Zach and Capt. Owen has loaded up on Goliaths and sharks of all species all week long. Was very good. Bonita have been the bait of choice or fresh caught king. No Complaints Fishing Canaveral