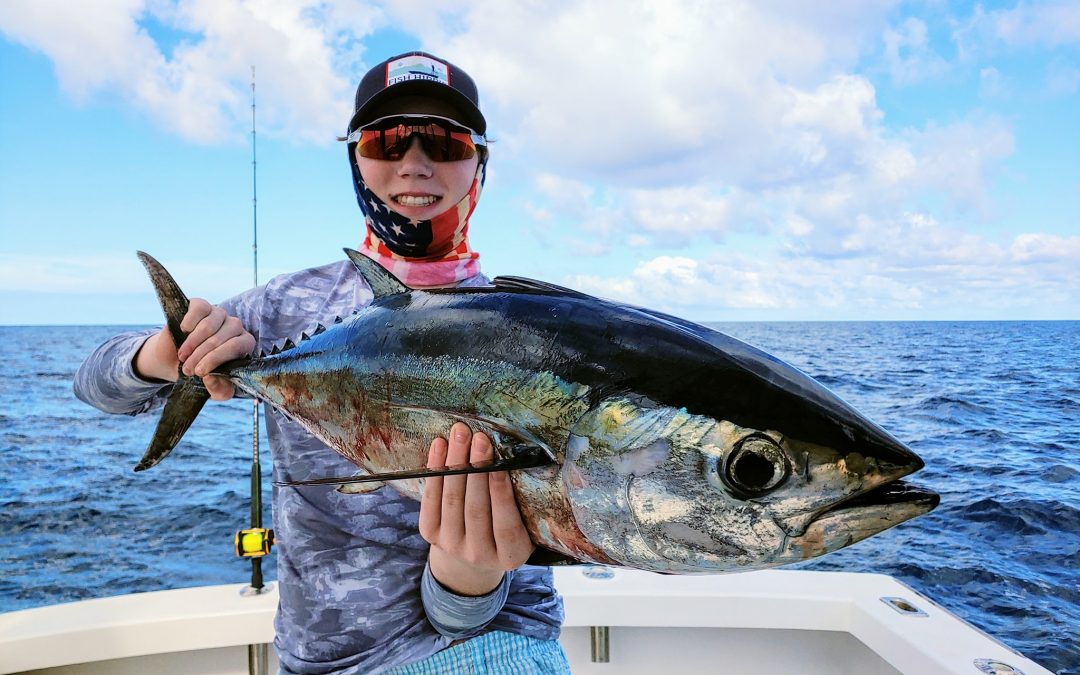 Wind wind and more wind, go away already. Near shore fishing in Port Canaveral has been great and should continue this month. Massive schools of redfish have been near the port and around the tip of the cape. Look for the birds diving and good chance that there on them. There have been large bunker schools around, so take the time and look. They may not be flipping so watch your machine and the mudd balls. The reds will eat anything you throw in the school, buck tails, bunker, and I’m sure even a hotdog. They’re all big and upwards of 35lbs! 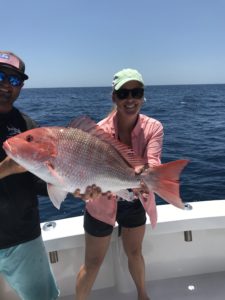 Many of my offshore trips turned into port trips and beach trips if we were lucky with a west wind. If you want to catch a bunch of stuff and keep the kids happy get a few dozen live shrimp and have fun. The way we do our beach fishing is with medium rods and light tackle while using a 1/0 circle hook with a #20 leader to a small swivel then mainline.  On the mainline use a 1 or 1.5 oz egg sinker.  This is the typical fish finder rig, works great, very basic.  Everything eats a shrimp.

Shark fishing has been on fire as well. Large blacktip, hammerhead and blacknose have been plentiful. A bunch of bulls too.   This time last year the big extinct sandbar sharks moved in so we are hoping they do the same thing. They are a blast to catch in shallow water.

Offshore on the days we can get out have been great but this is also the time of year that the kings are picky. If they don’t have a live bunker or threadfin flashed in front of their face they wont eat.  You will literally watch everyone around you hooked up and they will not touch a dead spinner bait. You really have to put the effort in right now to catch the live baits.

Last year this time was the best ling run we had as many fish were caught this month. Many of the giants were caught in Feb. It was even better than March. Take advantage of those sunny days and go look around. 55-foot depths seem to be the most productive this time of year. Patrick has always been a productive. The rays are showing up! Have a great month and good luck. Captain Chris- www.firedupcharters.com